Learn about the ARTISTS HERE!

Lily Gershon (LilySilly) with “Stories of a Russian Dad”

Lily Gershon (LilySilly) with “Stories of a Russian Dad” in which she brings to life an interview with her father about his time in the Russian military.

Matt Gordon brings us a rare public display and performance of his visual art in the form of his first ever crankie, Papillon de Nuit, which follows a moth’s nocturnal journey through sundry real-world landscapes and curious dreamscapes, featuring a live improvised soundtrack performed by Red Sled Choir.

Mickie & Ohno’s Fantastical Fabulous Happiness Show is excited to bring their internationally acclaimed performance to the good people of Ithaca. Mickie and Ohno have toured the world as cultural ambassadors and glitter distributors while performing for dignitaries, royals, and other important-type people. Prepare yourself to reach new heights of delight, whimsy, and fantabulousness.

Christina Coleman: Christina hand stitched fabric onto her 50′ long Crankie scroll. She refers to the work with a wink as “an abstract boogie woogie of a philosophical question mark.”

The Graphic Score with Matthew Ocone and Isaac Sharp. A short introduction to the twentieth century concept of a graphical music score, followed by a performance of “Indentation #3” by Italian post-futurist Luigi Chiavetta, with a crankie version of the score.

From Edith McCrea: “Lady Margaret” is a ballad, or story-song, about betrayal, tragedy, and the supernatural. Ballads are often divided by scholars into two categories, “traditional” ballads passed down orally, and “broadside” ballads which were printed and sold by street vendors. However, there was a large amount of cross-over between the two forms. Many ballads were brought to the New World by immigrants from the British Isles between the 17th and 19th centuries. In some isolated areas, particularly the Southern Appalachians, they continued to be passed down orally until well into the 20th century. “Lady Margaret” is Number 74 in Francis James Child’s definitive collection, The English and Scottish Popular Ballads, published in ten volumes between 1882 and 1898.   The earliest written version of the song that Child was able to find dated to 1711, although he says that this version “seems to have been founded upon some copy of the popular form earlier than any we now possess, or than any known to me.”

Learn more ABOUT THE ARTISTS HERE.

This project was made possible, in part, with the funding from The Community Arts Partnership of Tompkins County.

We are also very grateful to the help of our sponsors:

Check out our vendor friend from Feral Puppet Co. who sells mini-crankies:

Create an intimate story of your own, illustrate a song, or just share a moving panorama. These Mini-Crankies are handmade using reclaimed barn wood. The paper roll is standard 2 ¼” cash register receipt, available anywhere so you can make as many different stories as you want.
Tips and tricks right here. 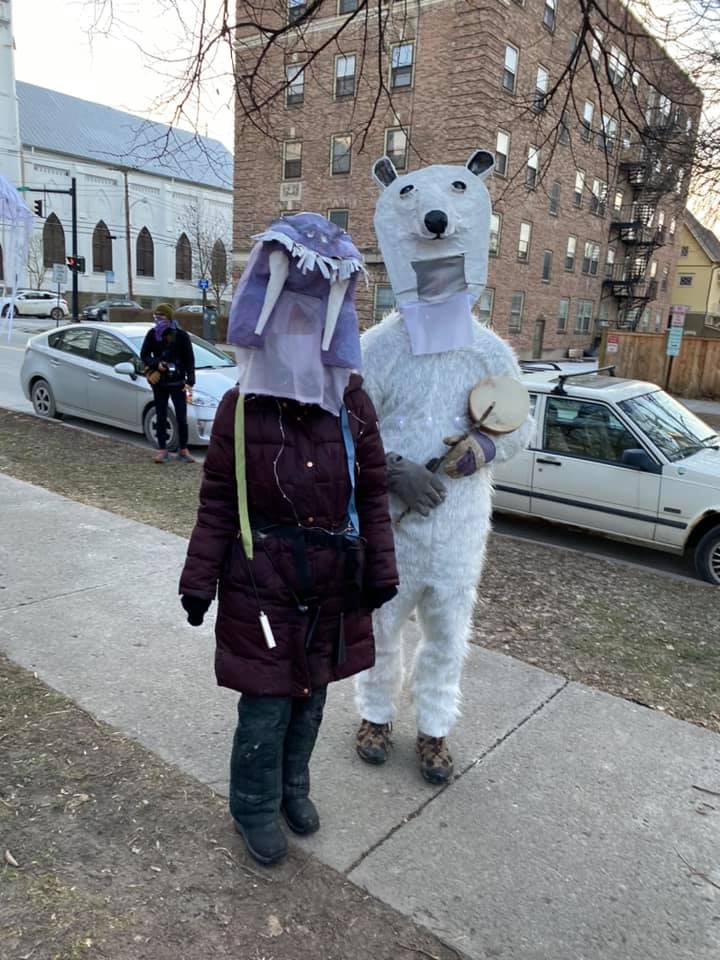